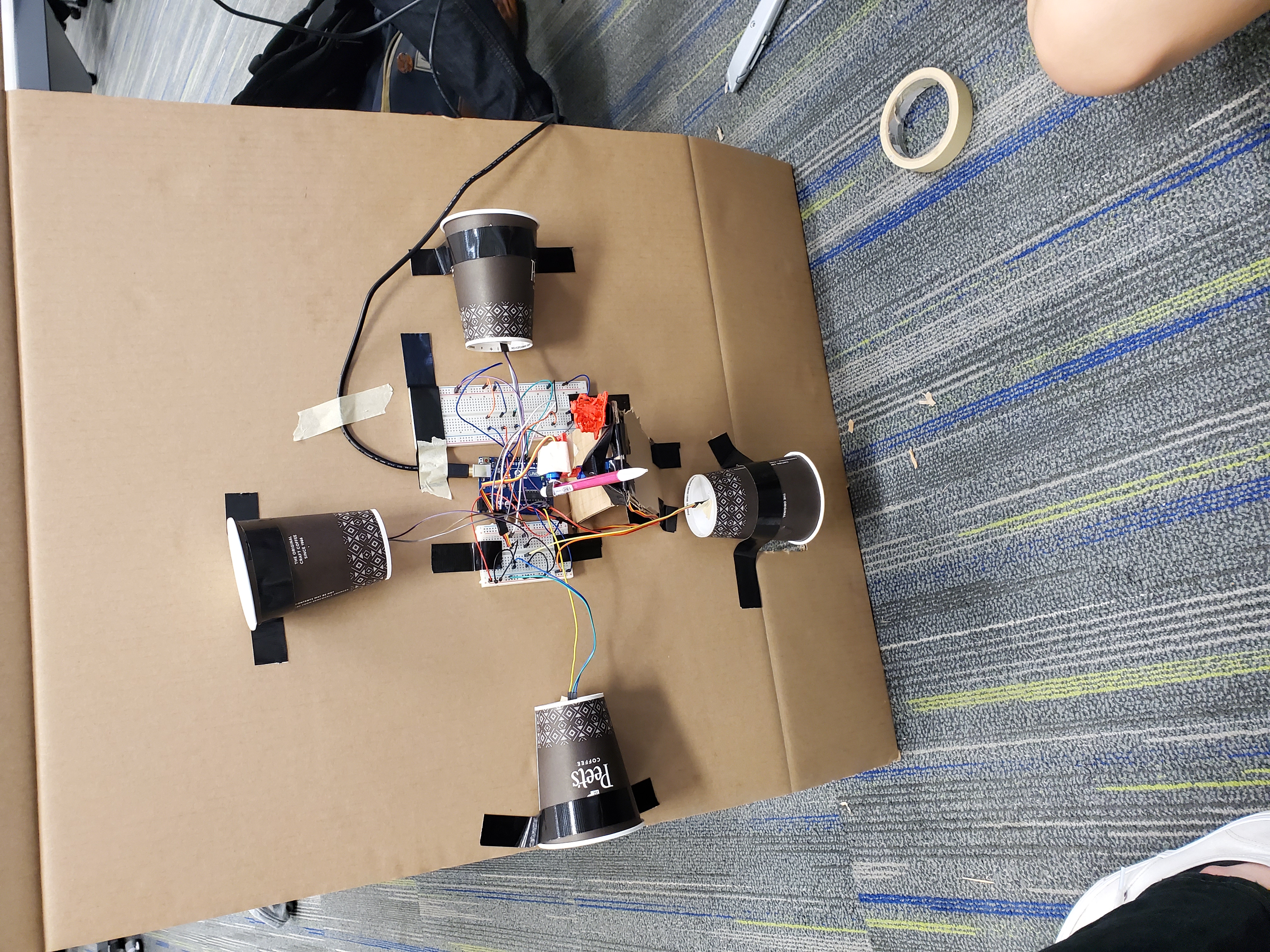 Gremln is a hardware hack that detects nearby sounds and points in the direction of the loudest sound it detects.

The main inspiration for this project was the desire to make a hardware hack, and looking at the available hardware this was the idea we came up with.

Our project uses 4 microphones pointed up, down, left, and right to detect nearby sounds, and two motors will point in the direction that the loudest sound detected came from.

There were many challenges faced throughout the development of this project. One of the main issues faced was that the microphones used were simply not high quality enough to accurately detect the sounds separately from each other. The main fix for this was to create a sound baffle by placing each of the microphones inside of a coffee cup. This allowed us to better isolate the sounds picked up by each microphone and pinpoint the direction the sound is coming from.

Having to learn many entirely new skills in order to make a functional hardware project. Also not giving up despite the many challenges and walls we faced throughout the building of this project. Everyone on the team contributed, and without the entire team the project would not have been completed.

We are all more experienced in software than in hardware, so this project involved a lot of learning how to code for the Arduino and hardware in general, as well as learning how to create 3D printable parts to utilize in the project.

The next step for the project would definitely be making the direction more accurate.