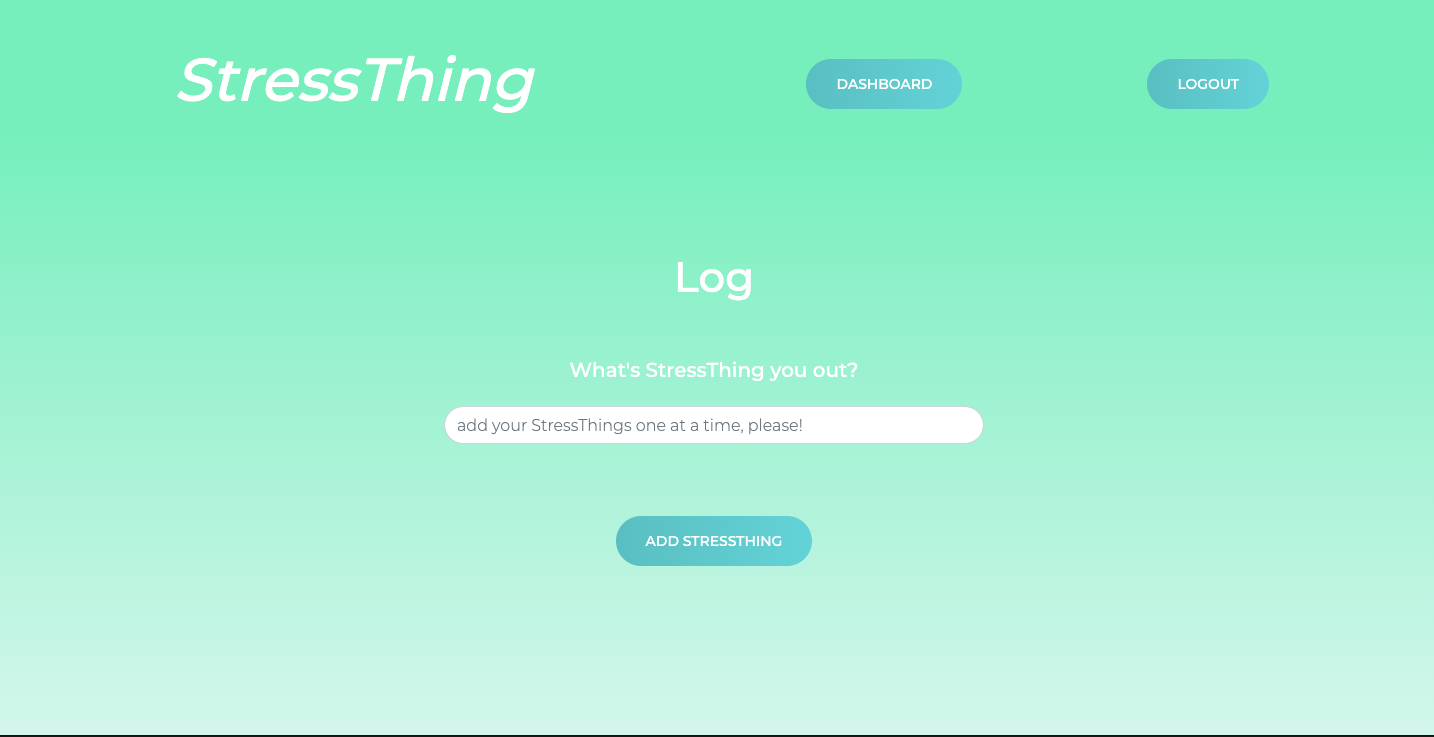 Ever wanted to figure out why, when and what you were stressed about so much. Now you can - Stressthing tracks heartrate via a wearable device which would be a stress trigger. This would reflect on a web app built to manage and retrieve insights on your mental health.

We developed a SPA using the MERN stack.

* Acquiring a wearable device was impossible. So the data for testing was simulated.
* Deploying the application took some learning.

We're proud of our youngest teammate for working on the UI for the web app which turned out to be pretty cool, and impressive. We worked pretty well as a team as well.

* Testing it out using an actual Fitbit.
* Managing and prediction of stress using various other factors such as EEG etc.

* Web development technologies such as React, MongoDB, Express, NodeJS and Javascript in general.