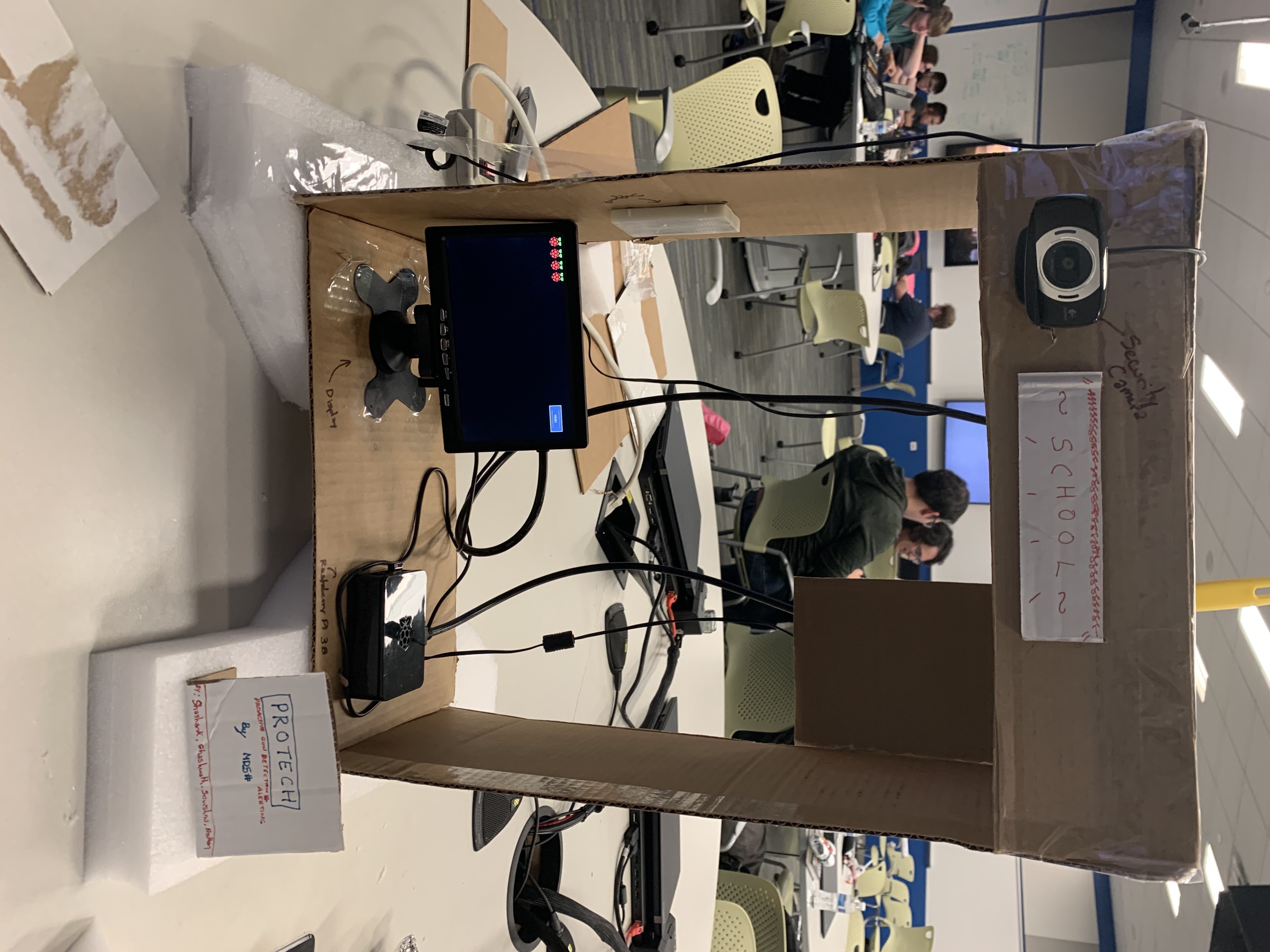 ProTech is an affordable proactive gun detection and alerting system for schools and public institutions.

Being high schoolers, we are constantly exposed to hate and bullying and are constantly terrified of bullies their hate taking it too far. Our elementary school was just a few minutes away from Sandy Hook elementary school. When we first heard about the shooting, we were petrified; especially since we were just minutes away from where it had happened and that very well could have been us. We developed the ProTech system to help detect shooters even before they are able to do any harm and allow kids to feel and stay safe in school.

Protech uses existing security camera systems to find shooters using computer vision/machine learning and alerts of them to the local police and people in the buildings.

We used the Tensorflow object detection API to detect firearms in camera input feeds. The model is built to be lightweight enough to run on the school's existing computers and security systems. From there, we send the data to AWS to process it and store it in MongoDB Atlas. The UI feed constantly checks the status of the safety, and when a firearm is detected, it alerts the people in the building and the local authorities while a lockdown is initiated. An NFC reader is able to securily authenticate resource officers/policemen and disables the alerting part of the system when they in the building.

We had trouble with running live update functions in the PyQt UI window. Also, we were time-restricted while training the model.

We are proud of our detection system and what we were able to build in such a short period of time.

We learnt how to use PyQt and how to use AWS instances to run web servers.

We hope to add automatic door locks and increase the detection speed of the model.

We built it with an Arduino, an NFC reader, A Raspberry Pi, a mac, pycharm, a small display, Tensorflow Object Detection, AWS EC2 instances, and MongoDB Atlas.